Why I prefer Apple Products over Products of other Companies? 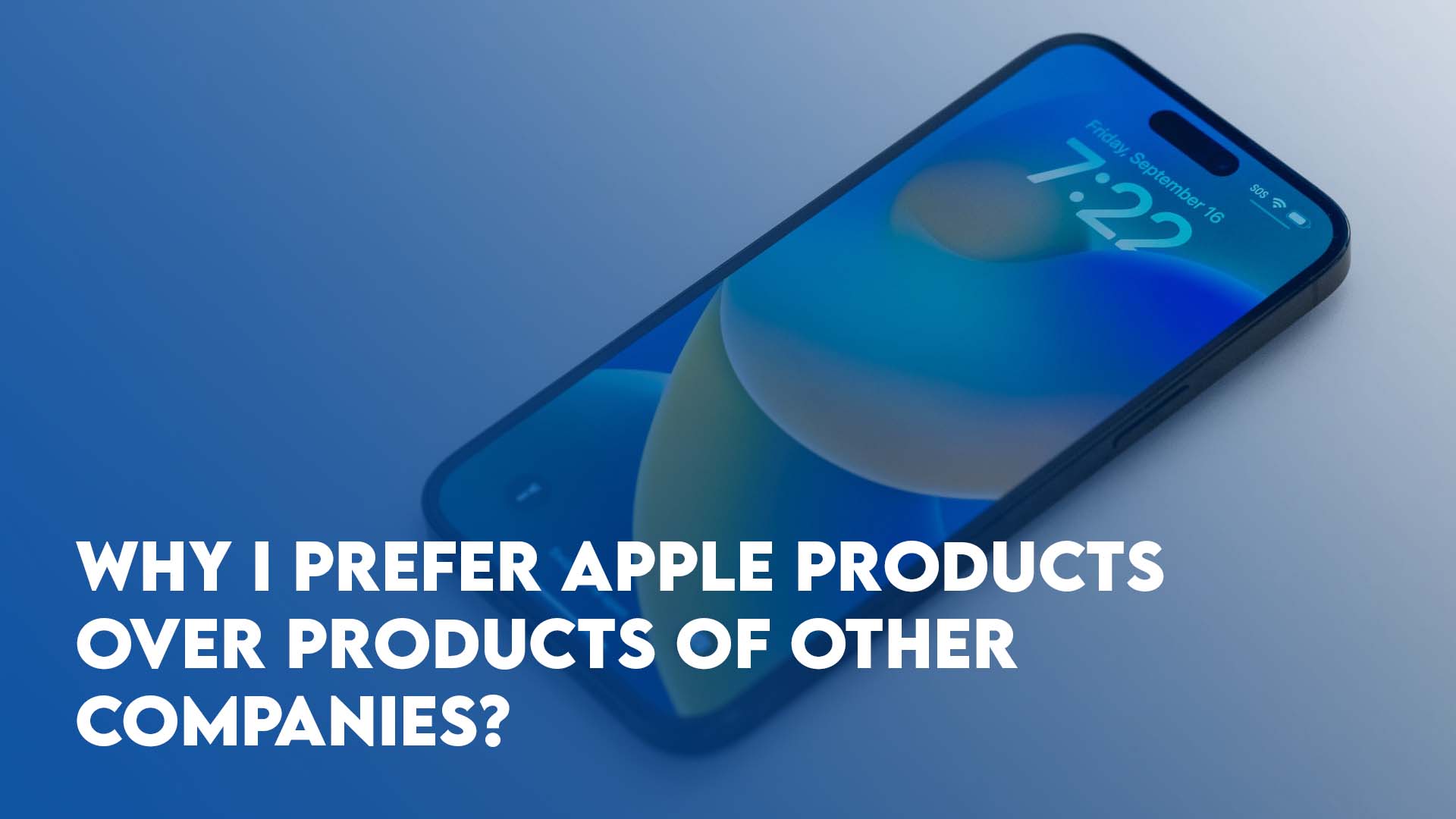 People like Apple products a lot more than other companies can because of the unique style, perfect and fantastic hardware, new updates each year, and more. For some reason in the world of tech, you can call Apple the king of Tech. If you ask me why I prefer Apple products over products of other companies, I would say, the hardware, the fantastic camera feature, updates, durability, battery life, screen resolution, and more.

Whether you like it or not apple has a reputation for creating premium hardware and this has led the company to a good fortune and reputation in the market. If you remember back in the old days when the cellphone market was dominated by cheap phones made of plastic bricks. The iPhone came into the market with a beautiful design of aluminum and glass.

Also if you remember back in 2020, Apple introduced the apple silicon chips into the market of desktop computers. Believe it or not, the performance was a lot better from well-known companies such as Intel and AMD. Aside from the hardware, you can look at the lineup of the products that the company is releasing each year. You can take a look at the design, thickness, camera quality, performance, battery durability, and tons of other features.

Even though I admit that Apple is creating cool-looking and stylish products with amazing hardware but at the same time there are times that users are not really happy. For instance, with iPhone 7 Apple removed the headphone Jack and now that it is common among all cellphone devices. Selling the charger of the iPhone separately is another example.

Whether you like it or not but each year Apple releases a new version of the iPhone, iOS, Mac, and other products. Even though there are minor updates and changes to it but still the performance gets a boost. Each year it is getting better and better and then the users get the new version of the operating system free of charge. In 2015 Apple launched iPhone 6S running iOS 9 and in 2022 Apple released iPhone 14 running iOS 16.

Compared to the other cell phone companies, Apple supports the iPhone longer than other companies. For instance, iOS 9 was released with iPhone 6S but it can support iOS 15 up until now. 6 years is more than the software updates for a cellphone. Compared to android, Android gets updates up to three to four years. The same update process is applied to the Mac too. Every year you can get a new update of macOS with new visual changes, tweaks, security updates, and other features.

If you are using Apple product for years for now you must know that their product truly lasts longer. I have seen people who have been using a MacBook for the past seven to 10 years. But at the same time, I have seen users who change their Windows laptop every four to five years.

Even though Apple is releasing new products every year, many users do not feel to upgrade. For instance, I have seen many students using MacBook Pro 2015 up until now, I have also seen users who are using iPhone 7 and 8. Since apple products are very popular in the market, even if you break the screen or if there is something wrong with the parts of your iPhone or Mac you can repair it easily.

2022- 5 Easy Ways to Secure Your PC Previous post
How to lock Photos on iPhone without using third party application? Next post