5 Useful CMD Commands that a Windows User Should Know 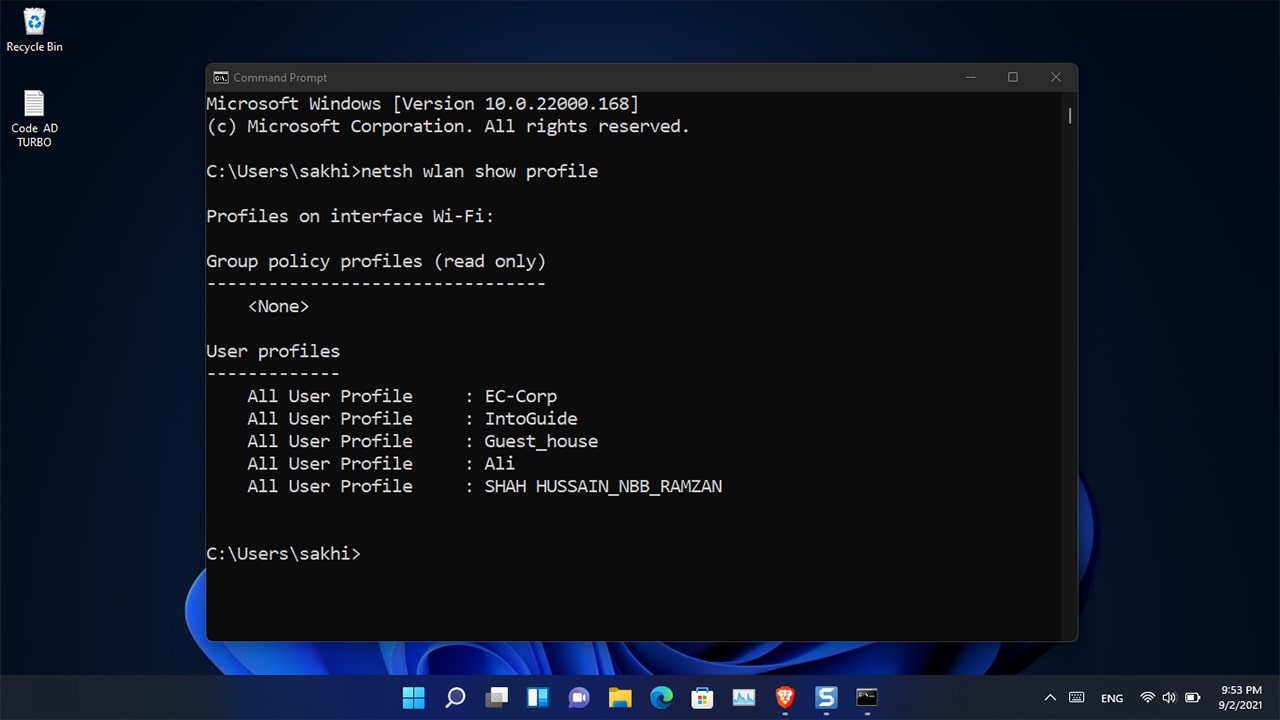 Command Prompt is one of the earliest tools back when windows were introduced, and it is still built-in to windows. As you know, Command Prompt comes with many useful and attractive tricks that you can do through a terminal window or command line. Still, if you know how to use it, it is more powerful compared to the graphical user interface. But, for that, you have to master all the commands and know how to use it. Still it will take a lot of time. But, In this article, I am going to introduce you to 5 useful cmd commands that a windows user should know.

Sometimes your computer may be involved in a process that you do not have the opportunity to turn off. In this case, a simple command can tell your system to activate the shutdown mechanism after the specified time.

For example, we want the system to shut down within an hour. Open the command line and enter the following command.

You can customize this command to suit your needs.

The phrase shutdown is the main command and does not change. The phrase s- tells the computer to shut down. However, you can use r- to restart and l- to log off. The term t-timer indicates 3600 is the amount of time it takes to do it per second. 3600 seconds is equivalent to one hour, although you can adjust this amount to whatever you want. If you want to cancel the timer, just run shutdown -a on the command line.

If you are looking to get more information about the shutdown command, type shutdown/? on the CMD. You will see everything. 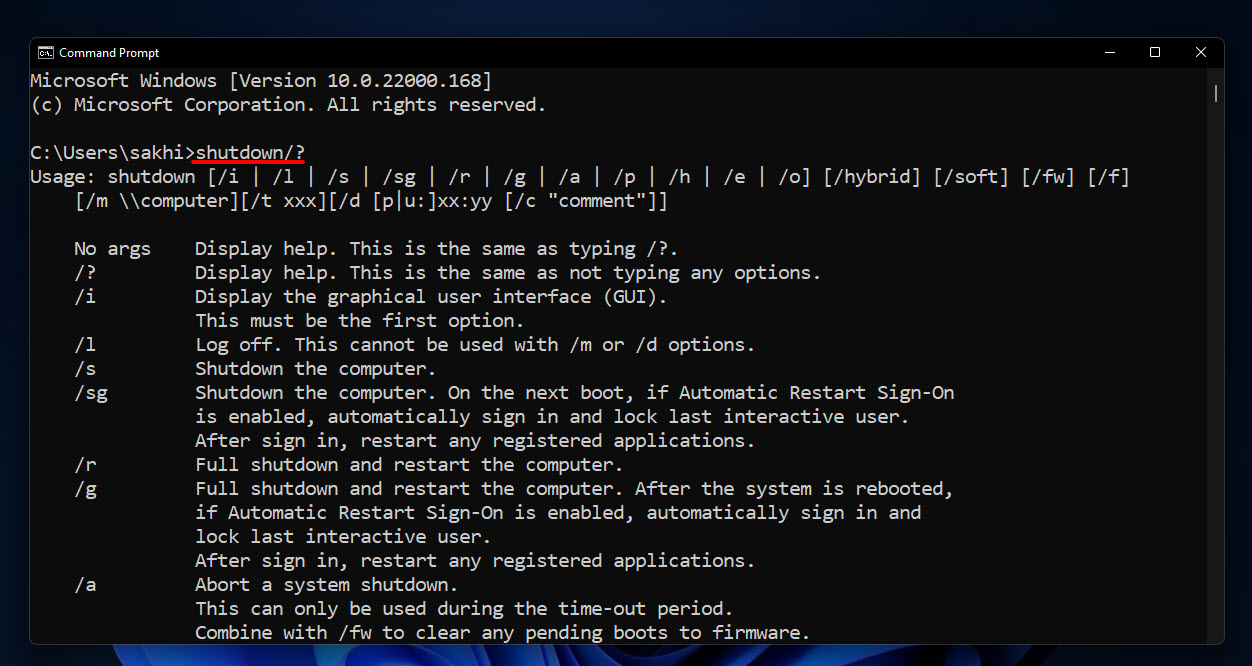 Have you ever been to a Wi-Fi connection at least once but did not know what the password was for your other devices? If the network is stored on your laptop, you can recover the saved password for use on your phone or tablet with a simple command.

If you are currently connected to the network through your laptop, you can view this information from the Network Status menu. Otherwise, you can run the following command to see the password of a saved network:

At first, you have to type the following command on the cmd, this command will show all the wifi that it was connected to in the past. 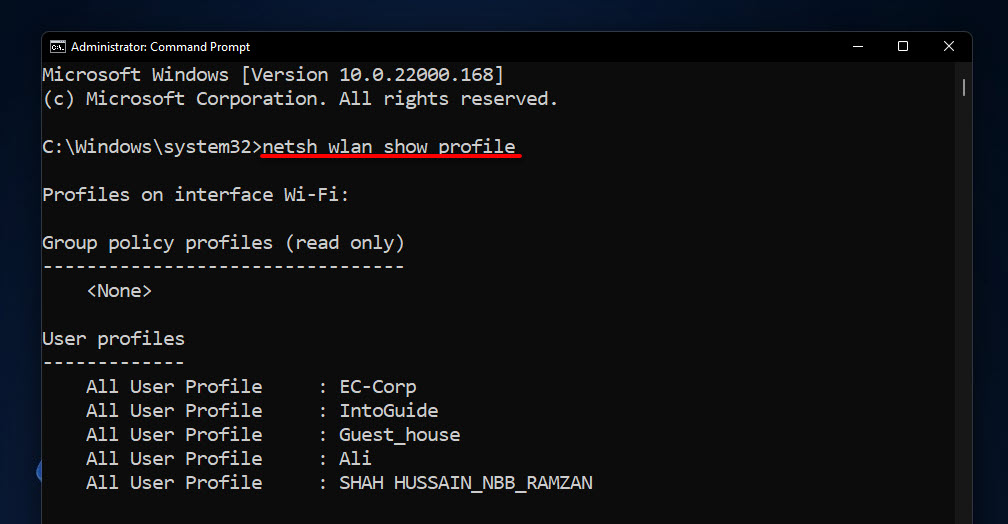 Show Connected Routers in the Past

To show the password, type the following command, instead of the Name type name of the Wifi.

Once you typed the command, under the security settings, find key content, in front of it, you will see the router’s password.

Most users rarely deal with Windows configuration and partitioning. But it is better to know that the Diskpart command has become one of the most widely used command-line commands. If you have a problem with your hard drive, flash drive or SD card and need to format it, this is the ideal way to format it.

The following are the commands you can use to clean a disk.

When you buy a new laptop or plan to install a new version of Windows, you may need to get a list of programs installed on your system to reinstall them on your new system.

In this command, you have to run PowerShell, a more powerful and newer tool built into Windows. Open the Start menu, search for PowerShell, and run it. Then enter the following command in it.

Instead of the “YOURUSERNAME"in the command, type the user that you want to see the installed apps.

List All the installed apps in a text file

After running the command, go to the desktop and open the text file which was just exported using PowerShell. Open it and you will every apps that are installed on your computer.

This trick may not be useful, but it is certainly attractive. To run it, first, activate Telnet in Windows from Windows Features. If you don’t know how, type Appwiz.cpl in the Run dialog box, go to the left which is Turn windows feature on or off. Now check the box of Telnet client.

Once the Talent is activated in Windows, open CMD and run the following command.

If you are struggling with the process and steps, this video might help.

Depending on your field of work, the commands may differ for each user, I figured this is an overall 5 Useful CMD Commands. I hope this article is helpful and you have learned something new.

How to Convert Voice to text on Android and PC? Previous post
How to Install VMWare Tools in Kali Linux? Next post