What are the Difference between the video formats and which one is better? 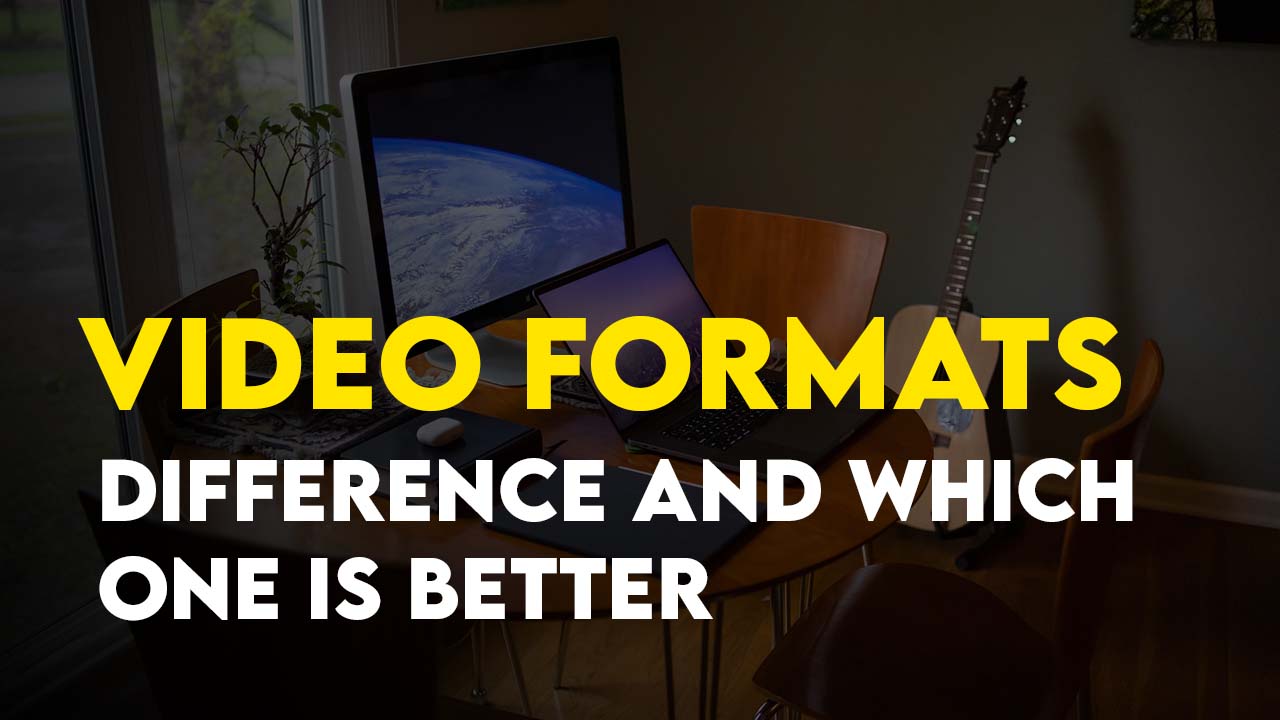 Every video that you are watching across your various devices has a unique format to it and if you are a video creator you must know about these formats. First, let me tell you that each video format has a separate usage for it especially if you are a web developer. There are many video formats available across various devices but the most commonly used one is MP4 and MKV. Exactly what are these video formats, are you ever familiar with them, what are containers and codecs and why is that that there are A lot of video formats available? These and many other questions are available that must be answered and in this article, I am doing my best to cover what are the differences between the video formats and finally which video format is better.

If you have used video converter software to convert your video into another format you may come across various video formats such as MP4, AVI, WMV, MPEG-4, DivX, WebM, and more. For an average user, these are just video formats that can play videos however it is not the case if you are a developer. The truth of the matter is that these extensions that you are seeing are file formats that are defined by their multimedia containers. And the other stuff that you are seeing are codecs that are helping to compress video and audio within those containers.

In simple terms If I have to define the container, it means files such as video and audio codecs are contained.

Also, the term for defining codecs is that it is compressing or decompressing video and audio files since the data is always huge. Simply, codecs compress all the data located within the container and finally, you can preview it.

Let me give you an example so you understand it better.

Think, if you have put your images into one archive what will you do, you would simply zip it. Now, the zip is the container that contains the image codecs within itself.

Why codecs were created?

Why codecs were created in the first place, this is a question that might bug you around.

The answer is in history, let me explain. If you are taking a photo or video using your camera or cell phone it compresses the video, and in the end, it takes less storage on your device. Not so long ago this was not the case.

Blu-ray Disc which has a capacity of 30 to 50 GB of storage and if you have saved a file of that size on your hard disk, you would run definitely out of space.

to reduce and save the amount of storage they ended up reducing slightly loss of quality which can decrease lot size. The good news is that this loss of quality was not detectable. Keeping that in mind codecs were created which perform the duties of compressing and decompressing.

On your computer and other devices, several codecs are already installed with the default operating system. However, you can install separately another codec if you need. However, for a basic user I would not suggest installing a new codec but instead use streaming apps such as VLC, K-lite codec, and more.

The streaming media player has multiple codecs that can fulfill your need of playing videos and audio. Also, do keep in mind that installing and using these streaming apps is far easier than installing a new codec.

A well-designed codec has high efficiency or capacity to maintain quality while reducing file size. Here are some of the best codecs.

As I have explained earlier, based on that you can define that container as a wrapper of the video file format. The video format is the extension that you see at the end of a video on your device. These extensions look like MOV, MP4, AVI, etc. For a better understanding of the container, take an example of a box that contains all the data much like a zip file that I explained earlier.

What kind of data is stored within the Container?

Here are some popular containers:

MKV VS MP4: which one is better?

Well, you got the idea What is the difference between the video formats, and which one is better? Let me which video format you are using on the daily basis for your project.