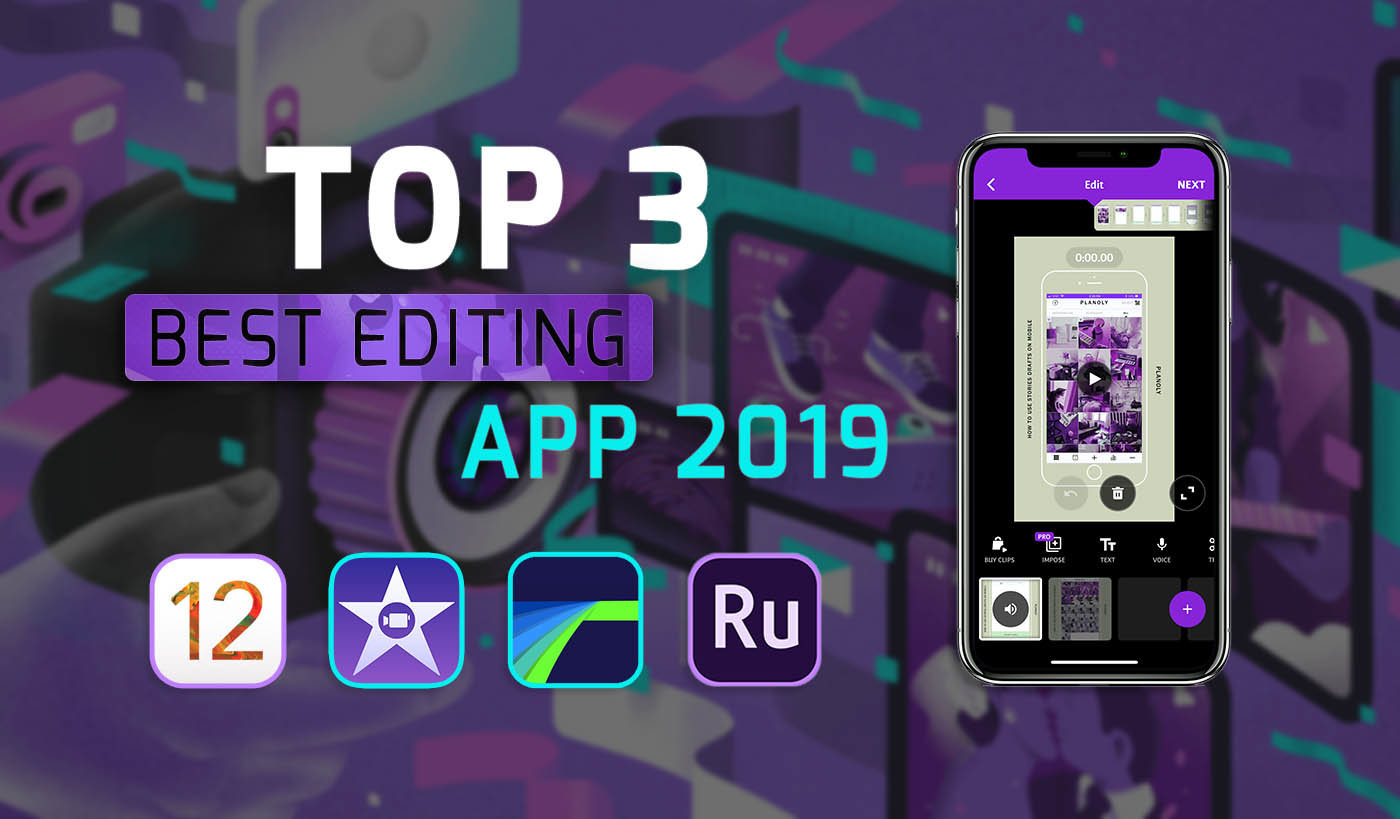 In this article, I will show you the top 3 best video editing app for iOS devices. These apps will be available in the Appstore and only for the iOS devices. Some of the apps will be free and some of them will be paid but overall these apps are the best ones for video editing in 2019. There are times that you could not edit your video or cut some parts of your video well from now on you can edit without any kind of problem.

Suppose you are recording a video for a vlog or social media post and you don’t have a computer to edit the video then you have to use your iPhone. And in that situation would you buy a computer or a video editor at a low price.

Adobe premier rush is one of the best apps for video editing in iOS devices. This app is the best app for beginners and for those who can’t effort premium version or apps. This app creates pro-quality video and high-resolution video without a blurry interface. Adobe Premiere Rush is a professional video editing app, it is like adobe premiere pro. Adobe Premiere Rush is a great interface with lots of new features such as slides shows, Fade in & fade out, cut parts of a video and many more.

This app is very good but there are some downgrades that you need to know. The first downgrade is that you can’t really use all the feature unless you buy the premium version. If you have a subscription of Adobe premier pro then you can use it for adobe premier rush. This won’t cost you lots of money. The second downgrade is that it is very complex. You have to spend lots of time on the app to get used to it. Overall adobe premier rush is a very good app. The subscription is a $9.99/per month.

Lumafusion is the most powerful multi-track video editing app created for Hand Phones and iPads. This is one of the best video editing apps right now. This app is used by social media users, professional video producers, journalist and many more. People do use this app a lot and mostly when they are traveling somewhere because this app gives them all the editing features and performance that a program on a computer would give.

Well, this is the top 3 best video editing app for iOS devices. Hope you guys have gotten something from this article. I will try my best to find out as many goods articles as you want. In addition, if you have any problem, suggestion or request you can say, just by commenting in the comment section. Thanks for being with us and do not forget to subscribe and also, visit our website every day, because we post new articles every day.