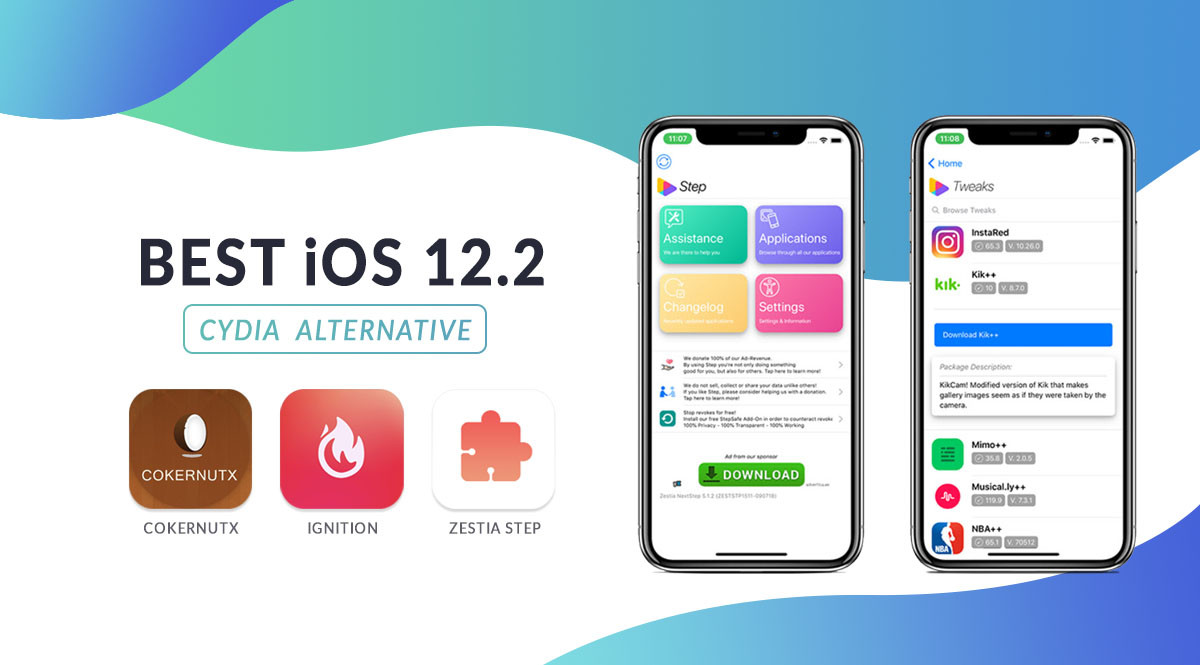 Cydia Alternatives are just amazing and in this article, I will show you three best iOS 12.2 Cydia Alternative that works well on any iOS devices such as iPhone, iPad and iPod Touch. As you all know that most of the leading Cydia Alternatives are getting revoked in the new iOS version “12.2”. It is because there are people who report these applications to apple and then Apple banned these third-party apps from the iOS devices. You might be able to download some of the tweaked apps but you won’t be able to fully use it because of the consistent revoking.

Just a quick explanation about the bad situation of tweaked app developers. Each time when third-party apps get revoked, the developer fixes that and it gets revoked again because of the consistent reporting.

What is Cydia Alternative?

Ignition is a popular Cydia Alternative that works very good just like Tweakbox and other Cydia alternatives. The reason why ignition is in the first place is that it is just like Tweakbox. Ignition has lots of features such as tweaked apps/ hacked games and also you won’t get too many ad pop-ups. The other two has more add popup than ignition. Ignition is free to download and you can download apps and games directly from the ignition website if the app got revoked.

Cokernutx is a very good app for those are seeking for tweaked apps. This app contains tons of tweaked apps but fewer games. I have also covered this app in my last article and if you want to check it out I would leave a link down below. It is useful because you will learn how to download and use the app. Now why cokernutx is not as good as ignition. Cokernutx is a new made app that is good but not as good as ignition. Ignition was made in 2016 but Cokernutx was made in early 2018. cokernutx mostly focus on the app but ignition focus on both.

Well, there you have it, the best iOS 12.2 Cydia Alternative. Hope you guys have gotten something from this article. I will try my best to find out as many goods articles as you want. In addition, if you have any problem, suggestion or request you can say, just by commenting in the comment section. Thanks for being with us and do not forget to subscribe and also, visit our website every day, because we post new articles every day.