How to Manage Virtual Desktops on Windows 11? 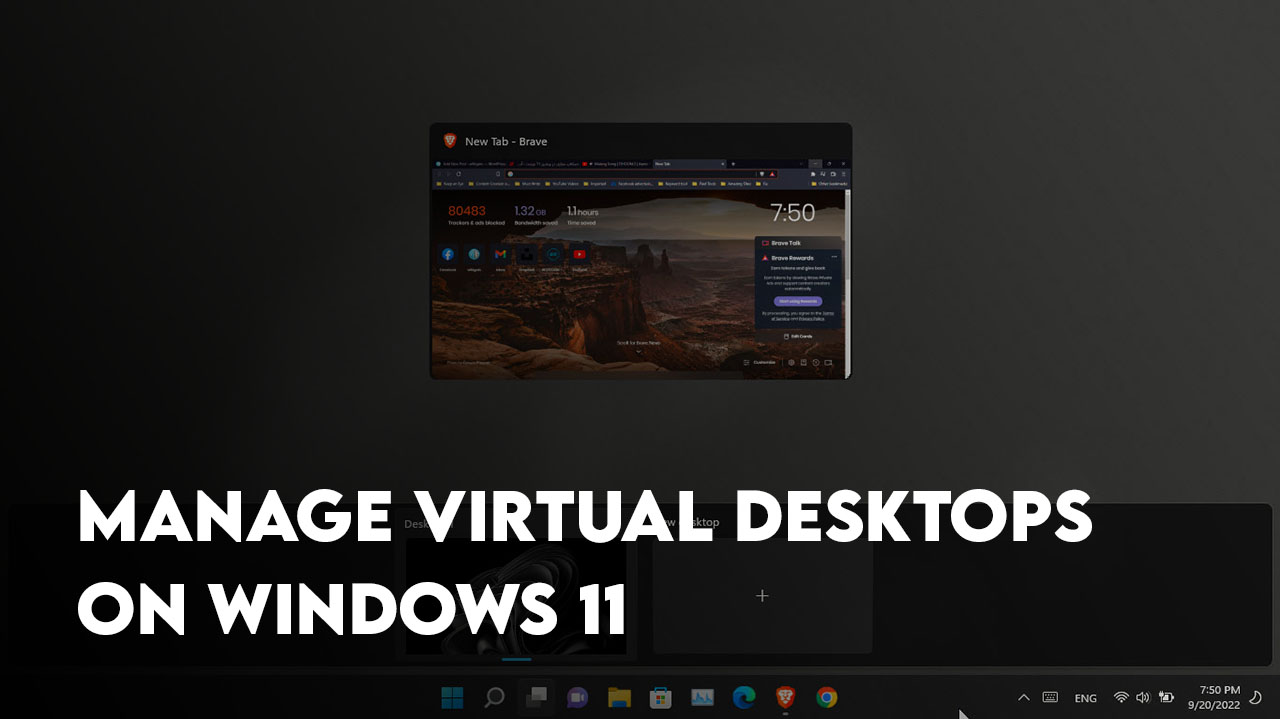 What are Virtual Desktops?

Have you ever decided to complete your projects on different desktops and work on them separately one at a time? If yes, then the virtual desktops are exactly the feature that you are looking for. If you had a screen with multiple displays, you will remember that the same wallpaper with the same settings would have been applied to all of them. However, with the feature called task view in Windows 11, you can create separate Wallpapers for your separate screens. Even if you have a single screen you can create virtual desktops where you can work on a separate project at a time and switch between them. But remember that only the icons will be the same among all the virtual desktops. Even the background will be the same but you can change the background for each virtual desktop separately.

How to Create a Virtual Desktop?

With this significant improvement that Microsoft has brought to Windows 11 and on the virtual desktop, it is just located on the toss bar.

Exactly what can you do on the virtual desktop? To put it in simple terms, you can do anything that you were doing on your real screen. For instance, you can open programs, play any type of game or save them in a specific snap layout. While at the same time you will notice that on your real desktop every setting has been preserved. If you want to differentiate between all the virtual desktops, it is advised to use separate Wallpapers for all the desktops.

Steps to Change Wallpaper on a Virtual Desktop.

If you are using virtual desktops a lot, differentiating between them could be a bit hard because all of them will contain desktop one, desktop two, and so on. It is better to rename each desktop for a separate project.

If you will no longer require a virtual desktop, you have to simply delete or remove it.

Steps to Show a Specific Across all the Desktops:

If there is an application or a window that you want to be accessible across all the virtual desktops then you have to pin it to all the desktops. 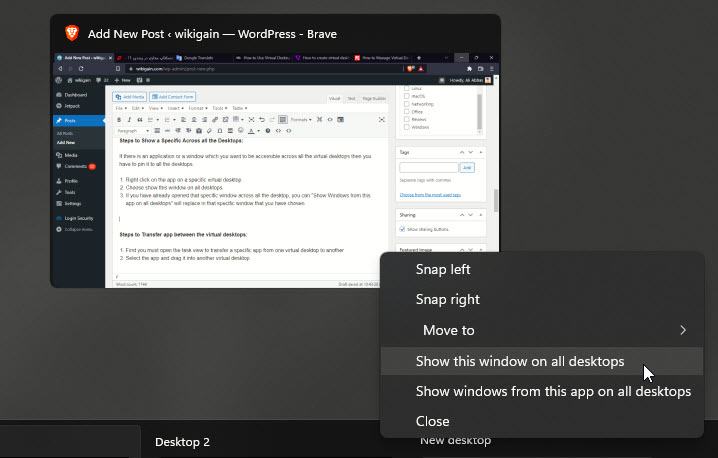 Show this Window on All Desktops.jpg

Steps to Transfer app between the virtual desktops:

If you want to use virtual desktops more efficiently perhaps it would be easier to know the keyboard shortcuts.

Virtual desktops and task view or one of the productivity feature in windows 11 and Windows 10. In the end, I hope that this article has been helpful to you in working smartly and in an organized method.