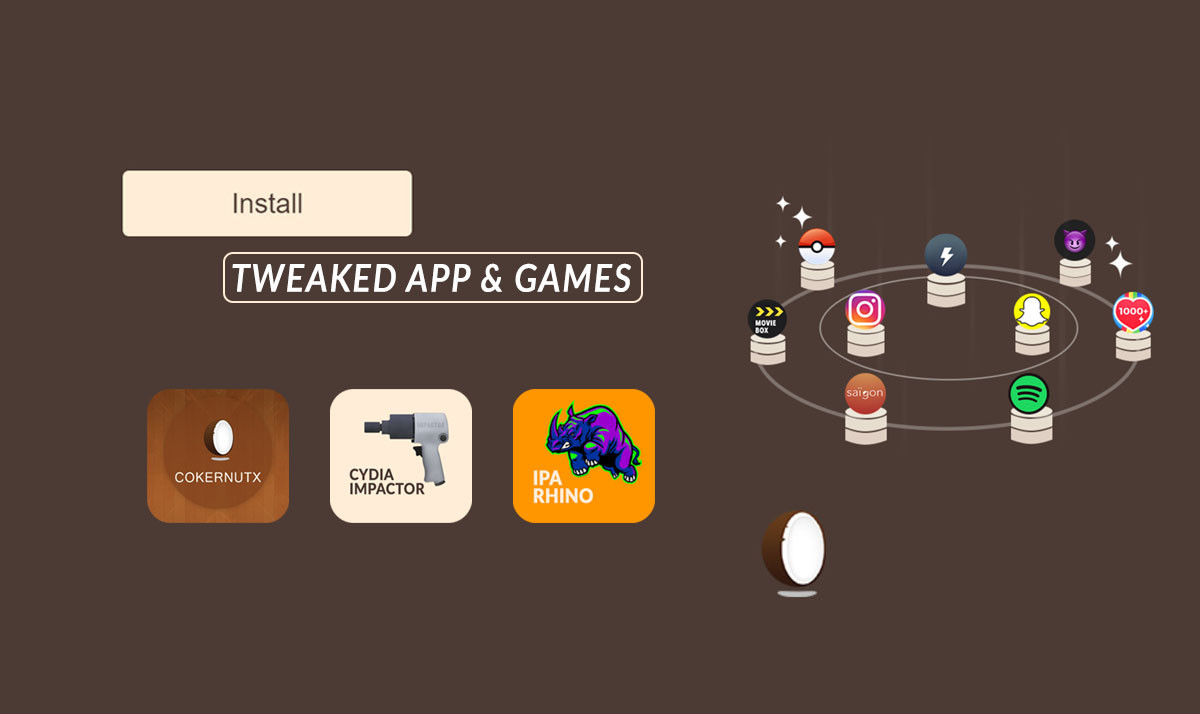 This is an article about the new update on how to install tweaked apps & games on iOS 12.2. Back in the days when iOS 12.2 wasn’t released yet, we were able to download tweaked apps and games for free. But when iOS 12.2 become relevant every single tweaked app started getting revoked. And most commonly the third-party applications wasn’t working anymore such as Appvalley, Appeven, and Tweakbox. Tutuapp got revoked and they replaced it with Tutuapp Lite. They are working on it. I am pretty sure that these apps will start working in the future but you better not update your iOS device.

As you all know that none of the third-party applications aren’t working anymore and all the tweaked application are getting revoke so we can’t really install tweaked apps & games on the iOS device. There are two ways that you can download tweaked apps on iOS 12.2 but it is risky like installing the other third-part applications.

Important note: As a matter of fact every third-party application isn’t saved so be sure to back up your iOS device in case anything happens.

Step #1. Open safari and then go to this website “Cokernutx”. Tap on the install button and then tap on allow. After that open “Settings, General, Profile & Device Management and then Cokernutx’s Profile”. Tap on install and then install the profile.

Step #2. Open the app and then it will show you a white screen. Then installation will pop up. Tap on install and then the app will start installing. Once the app is installed you can open the app. If the app doesn’t open and crashed every time. Just delete the app and then download it again. After that, it would work.

This option is protected and it uses Cydia impactor to install tweaked apps & games. You don’t need to jailbreak your device, It works on the un-jailbroken devices too. Sometimes it works but sometimes it doesn’t. This option doesn’t always work for many apps such as iFile, Jailbreak, Filza and many more. You will face some problems with using Cydia impactor but I would suggest you to do the first step. Make sure you have iTunes and be connected to wifi.

Step #2. Run Cydia impactor and then drag the IPA file to the Cydia impactor. After that enter your Appleid and then it will give you an error. To solve the error, Click on the Xcode and then tap on revoke certificates. Once again enter your apple id and then the app will be installed on your iOS device.

Step #3. If you get an error of apple id. The error might be about the two-step verification to two-factor authentication. If you get the error then you have to turn off two-step verification to two-factor authentication from your Apple ID. If you can’t turn it off, just make another Apple ID and then you will be able to download tweaked apps through Cydia Impactor.

Well, there you have it, the new update on how to install tweaked apps & games on iOS 12.2. Hope you guys have gotten something from this article. I will try my best to find out as many goods articles as you want. In addition, if you have any problem, suggestion or request you can say, just by commenting in the comment section. Thanks for being with us and do not forget to subscribe and also, visit our website every day, because we post new articles every day.