Why Linux Do not need Antivirus and Firewall? 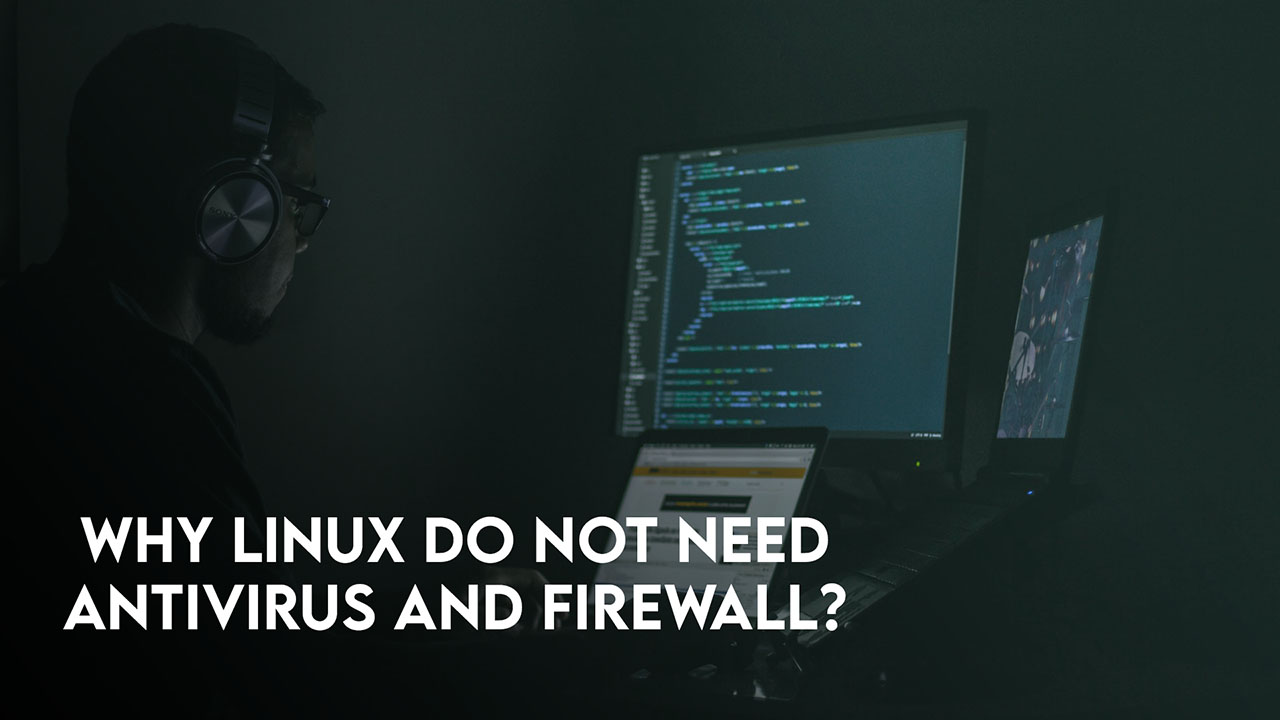 Over the years you may have heard that Linux is a lot secure than other operating systems on the market. But have you ever thought why, what is the reason and why I do not need an Antivirus or firewall in Linux in the first place. Also, in school or computer class you may also have heard firewall is protecting your computer, it is true but why Linux does not need it. Well, you don’t have to worry because, in this article you will find out the answers for these questions.

Linux does not need a Firewall

firewall protect your computer from viruses, I read that in school but that is partially true.

So, the answer is simple, if you do not run any server application on your system there is no firewall needed at all. It means no incoming connections, it doesn’t have to listen to the incoming connections to specific ports since no one is connecting to them.

Why Linux Do not need Antivirus?

First let me clear one thing, who are using Linux. People who are in the field of IT and mostly dealing with the day-to-day technologies to fix the issues at hand. So, in simple terms, those who are looking for creation or creating malware and exploiting other people’s systems, they do not come to Linux. They are looking for a operating systems that common people use mostly on their lives, In that case is Windows, Chrome OS, macOS and more.

2. It is safer to Install software on Linux

In windows people are using the EXE, and MSI formats to install an application, the same rules apply in macOS but instead of EXE and MSI, they use the DMG installer which in the end requires the system level access to make the necessary installation changes. In fact this is one of the way that malware attacks happens in the first place.

So, in Linux you are not performing an installation through EXE, MSI or DMG formats, instead you are installing your required application through packages such as APT and YAM. And aside from that, you can download your apps from the trusted platforms and repositories such as GitHub. Unless you yourself are downloading those applications from torrents and other unknown websites which you are not completely sure about them in the first place.

3. Linux protect yourself automatically against malware

First of all the way Linux has built, it is really hard to gain root for malware and even if it gains access to the road, you will not notice any real damage to the system. A virus or Trojan will not do any harm to your system because the permission works different in Linux than other operating system.

There are three permissions for every file in Linux

Assuming a virus or a Trojan has infected your system, it is certainly clear that it will run under your local account and will only be limited to it. To put in simple words, local user accounts do not have a lot of authorities to the systemwide or root files, so in simple words the Trojan, malware or virus is trapped and contained. Unless you do not run the malware using sudo in your local account.

4. Is Antivirus really Effective in Linux?

Let me ask you a question, have any antivirus protected your system against a new virus, the answer is obviously no. You can always say that antivirus is always one step behind and it cannot protect you against threats and viruses which cannot be detected. It can only be helpful to the known viruses into the market that the system exploiters have used in the past.

This raises the question of whether it’s really effective to use antivirus in Linux in the first place at all, well, the answer is obviously no. it is not. Because Linux has protection of its own, you cannot install applications through any formats except APT and yam. Unless you run or get the required application through untrusted repositories and platforms.

Unfortunately some of the users who have been targeted are those who have used unknown sources, torrent websites and dodgy sites to get what they want. In simple terms you must make a habit of not using such resources.

There are also other cases that you must keep in mind and make a habit.

In fact if you avoid such points and make a habit of them, you won’t need any antivirus in the first place.

With all the reasons, I think it’s still a good idea to install antivirus on your system. I said earlier that mostly antivirus is protecting your system against known viruses and malwares that are available on the market. If any one use those methods to attack your system, the antivirus will do the job of protecting your system easily. What is the harm in it, even if your system do not get infected you easily have nothing to lose at all. In any case that is my opinion to you.