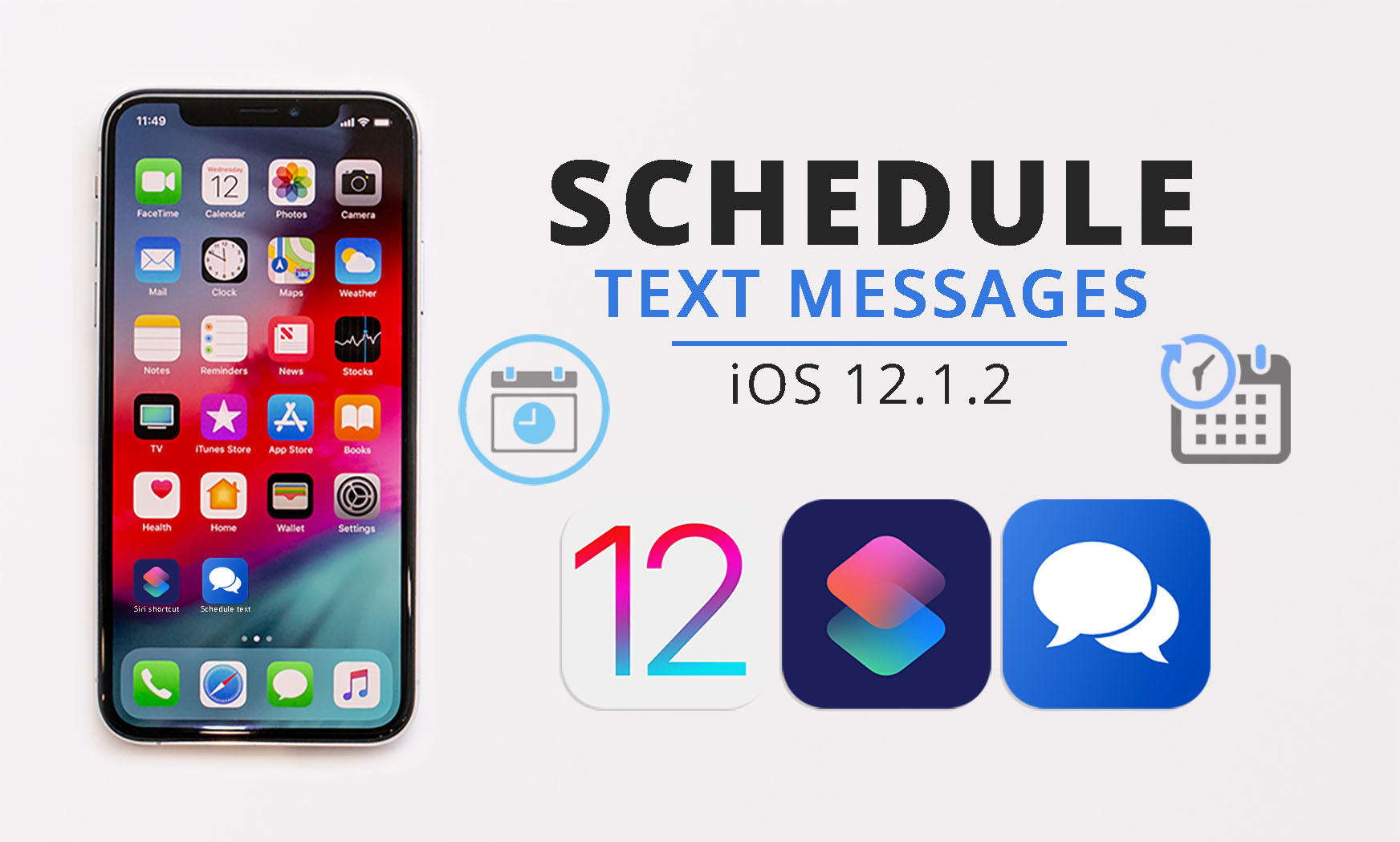 What is Siri Shortcut App?

A shortcut is simply a quick way of doing something and just like that the Siri shortcut is also a quick way of doing things on your iPhone just by one touch or by Siri. Siri shortcut has its own app that was released within iOS 12. Siri shortcut app is simply an app just for iOS 12 that allows users to create custom commands that can be launching apps or do specific things with the settings. You can create as many shortcuts as you want. And with one touch or by asking Siri, you can get many things done in a matter of seconds. You can simplify so many things in one shortcut.

How to Schedule Text Messages on iPhone iOS Devices

Before doing anything you must have Siri shortcut app installed on your iOS device: “Download Siri Shortcut App” from the app store.

Step #1. Go to this “iCould link“ in order to get the Siri shout cut from which you will be able to schedule text messages on iPhone and other iOS devices. Once you are on the website, tap on the “Get shortcut” button. After that, it will take you to Siri shortcut app. Then tap “Get Shortcut” to install the shortcut into the Siri shortcut. The iCould link is secure because the shortcut files are saved as an iCould backup. You can also create your own Siri short cut but that you take lots of time and effort. With the help of a guide form the iDevice video, I was able to create a Siri short cut.

Step #2. Once you get the shortcut, tap on it and then select “Run Shortcut”. After that select anyone from your contact that you want to send a message to. Write up the message and then tap “ok”. Now here is the important part, you will have a popup that will ask you that when you want to send the message. Select the timing of the message and then tap ok. Everything is done on your iOS device. Now you have to do one more thing

This article was all about “how to schedule text messages on iPhone using Siri Shortcut , running on any iOS version”. Hope you guys have gotten something from this article. I will try my best to find out as many goods articles as you want. In addition, if you have any problem, suggestion or request you can say, just by commenting in the comment section. Thanks for being with us and do not forget to subscribe and also, visit our website every day, because we post new articles every day.