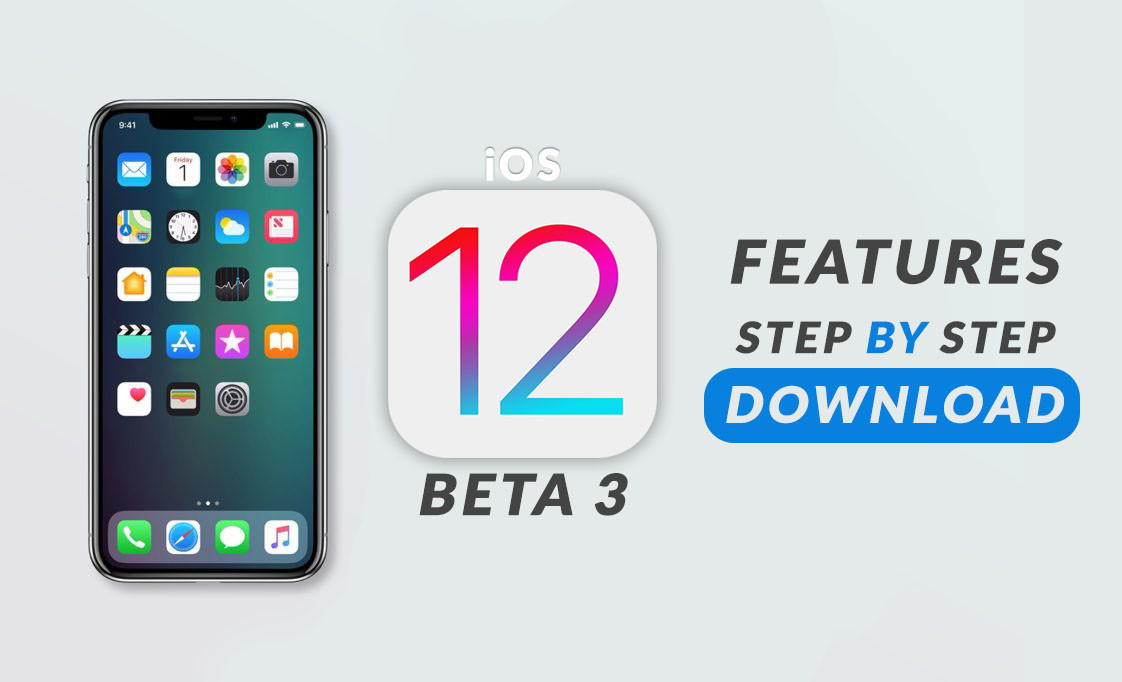 In this article, I will detail, all about iOS 12 beta 3 new features. iOS 12 beta 3 has recently been released a few days ago. I will also show you “how to download iOS 12 beta 3” step by step. The same as previous versions of iOS 12, this beta version is also only available for the devices that can be updated to iOS 11 and 12.

I will show you a quick way to install iOS 12 public beta 3 without a computer. Be with us in this quick step by step guide of downloading iOS 12 beta 3. Follow the steps down below.

Important Note: As a matter of fact, being a beta version contains bugs and viruses that may damage your iDevice so please backup your device before installing iOS 12 beta version.

Step #1. Go to (This website), scroll down until you see iOS 12 beta verion. Tap on it and it’ll ask you wheater you want to install it or not. I will have to remind you again that before installing the beta version you have to have a backup your iDevice. If you want to install the beta version, just tap on (install beta version anyway) and it will direct you to another page. Tap on allow and it will take you to the settings. Tap on the “installation button” and enter your password. A box will pop up, tap on restart. 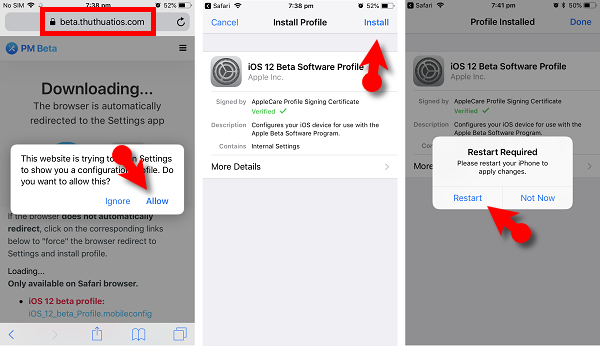 Step #2. Once your iPhone reboots. Go to setting << general << software update and then tap “download and install” located under the iOS 12 beta 3 profile. Enter your password and wait until your iDevice updates to iOS 12 beta 3. 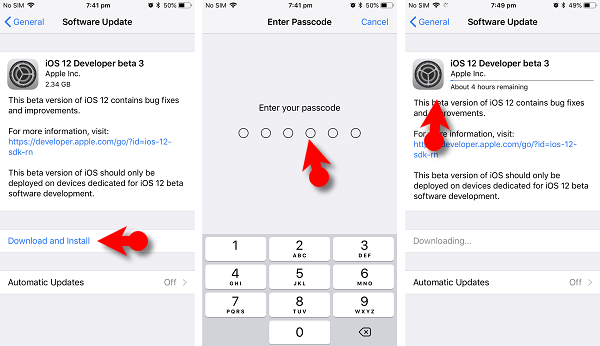 There are lots new features in this new beta version – some of them are common, like fixed bugs or battery level and many more but there are only 3 major updates that I would like to talk about. Of course, you will have updates likes faster performance and fixed bugs. We have lots of complain about iOS 12 beta 1. In my opinion, you will have less app crushing than before. You will have less screen lock and blurry interface that we used to have on iOS 12 beta 1.

In the new beta version, we will have lots of new changes for apple map. The most accurate update is its look that now has changed to a 3d looking map for our buildings and while in iOS 12 beta 1, we have the ordinary 2d looking map. You will now have a full-edged pool, building, pathways and accurate shaped lakes. The only problem is that while in beta version you will have this changes for of the map only for San Francisco Bay Area but in the future, this will be fixed within expanding across the united states. By far we can say that this is the biggest update of this new iOS 12 beta 3.

This is not a very big update but it is kind of thing that we can say about in this new iOS 12 beta 3. Now, unfortunately, this update is only for pads. You will see some normal changes like more accurate sound recording, new interface, fixed bugs. This is the biggest change for iPads within this beta version.

The most regular thing you will have in this new iOS beta version is the animated interface. What I mean with this is that you will have some animated text moving around or some new touchscreen interface animated. If you press harder on notification button you will have it popping out and creating a whole new page. You will also have text animated on the top left side of the screen that shows you sim card and internet icon.

These are the bests iOS 12 beta 3 features. If you have found any hidden features or some new awesome features that have not been mentioned in this article, be sure to share with us down below. Hope you guys have gotten something from this article. I will try my best to find out as many goods articles as you want. In addition, if you have any problem, suggestion or request you can say, just by commenting in the comment section. Thanks for being with us and do not forget to subscribe and also, visit our website every day, because we post new articles every day.

iPhone Best Cydia Repos & Sources for all Versions Previous post
How to Jailbreak iOS 11.3.1 With Electra Jailbreak Next post