How to Install Kali Linux on VMware Workstation in Windows 11? 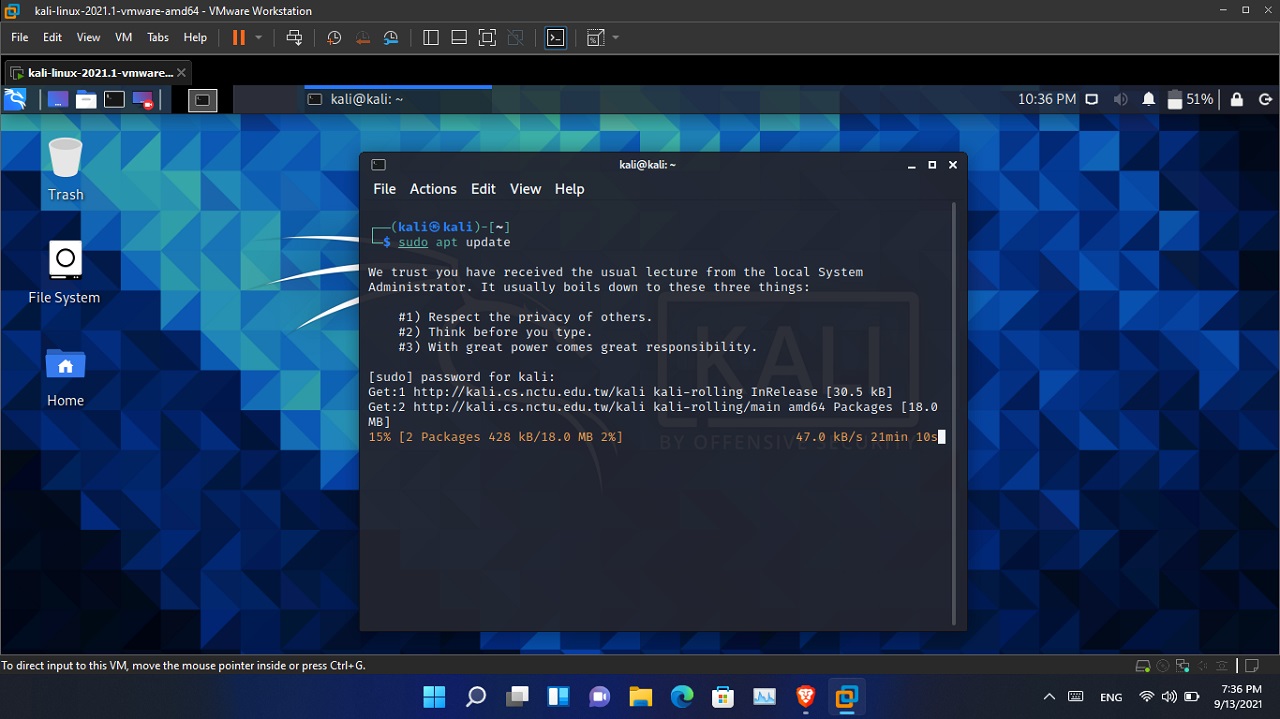 Kali Linux is a two edge operating system where a hacker and security job officer work on it. By default, this operating system brings with it, a huge set of hacking and security software. If you are a Windows user and you want to have Linux along with Windows, install Kali Linux on VMware Workstation on a hard drive. This will use a lot of resources, but if you want to dual boot Windows and Kali Linux, go for it, no one is here to judge you.

I am assuming that you have already downloaded and installed VMware Workstation Player or Pro on your computer. So, I will jump to the important part without wasting time.

When you are visiting the Kali Linux official website, on the download page, click on the virtual machine, then decide which version do you want (32-bit or 64-bit version of Kali Linux). In my case, I’m going to choose, the 64-bit operating system of Kali Linux for the VMWare workstation pro, also you can download it using the torrent too. 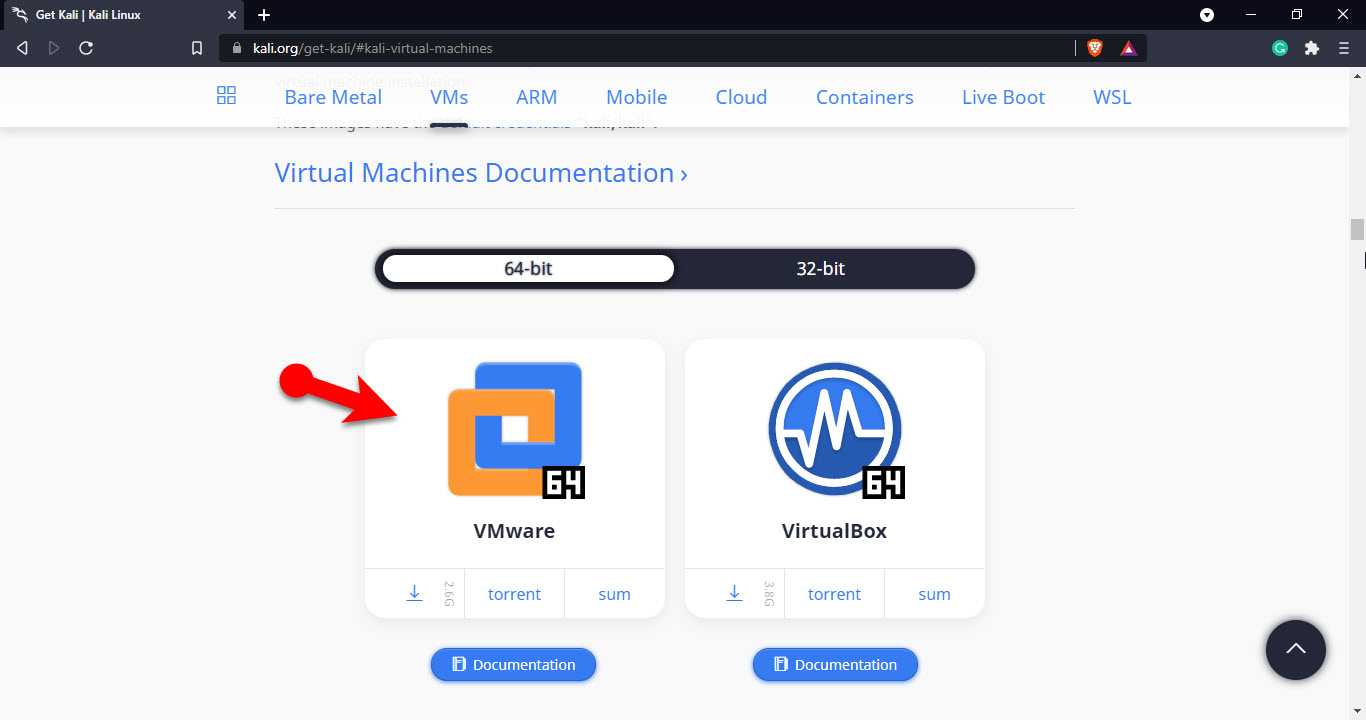 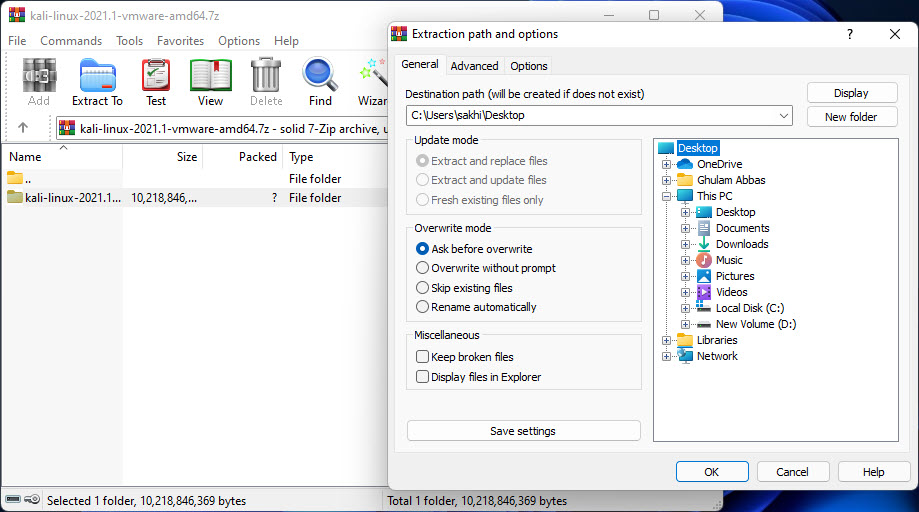 Step #3. Since the Kali Linux is already installed, all we have to do is import it inside the VMWare workstation pro or player..So, on the home page click open a virtual machine, and locate the extracted Kali Linux. 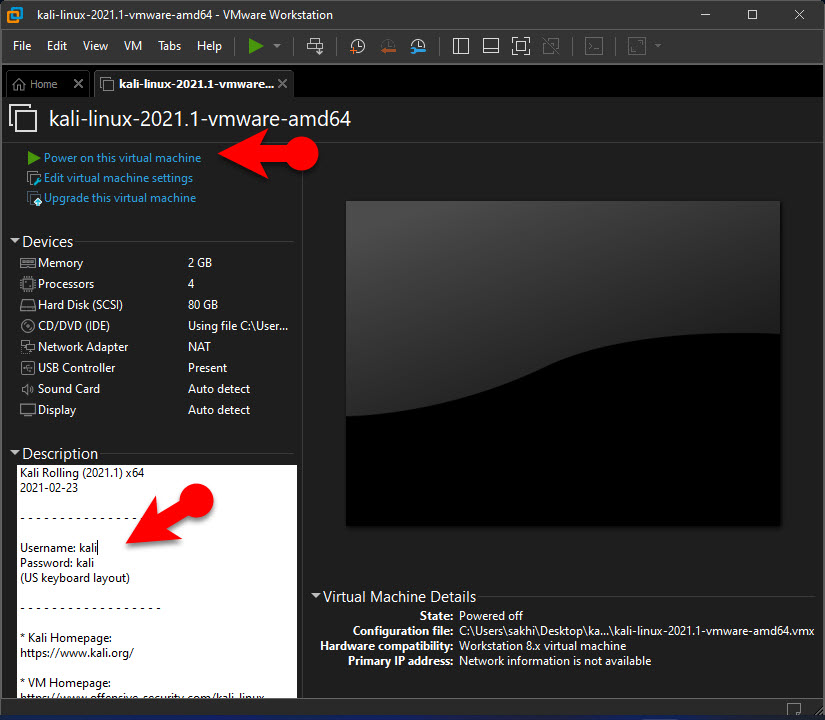 There was a time that we had to perform a clean installation of Kali Linux using the ISO image inside the Virtual Machine. But these days, you do not need to use the ISO image to install Kali Linux in a virtual machine alongside a Windows operating system. I am not saying that you can’t, you can install but it is time-consuming and it is better that we have to download the preinstalled version of the Kali Linux from their official website.