Install Filza Escaped on iOS Devices Without a Computer

The wait is finally over, Filza Escaped has been fixed and now you can download it on your iOS device without a computer or jailbreak. In my last article, I said that the Filza apps have been blocked by the Apple because it is too dangerous for the iOS device. Now in this article, I will show you how to install Filza Escaped on iOS devices without a computer or a jailbroken device. The bad thing about Filza app was that nobody had ever worked on it ever since it was blocked by Apple itself. Thanks to some honorable developer, Filza app is been fixed for iOS 11.4 but don’t be so happy because Apple will soon take it down. So hurry up before it is too late.

What is Filza Escaped?

You can totally say that this app is the “exact copy of i-File”. i-File works the same as Filza app and it also conations every single root file on your iOS device. The difference is that i-File needs jailbreak to download but Filza app doesn’t need jailbreak to download. Filza is somehow slow comparing to the ifile because there are many great developers working on iFile application comparing to the Filza application. You can customize your iOS device with filza app but you can’t customize your device with ifile and this is the advantage of using Filza app.

How to Install Filza Escaped on iOS Devices?

The method is simple, follow the steps down below to install Filza Escaped. But first, you need to have a browser and an internet connection to start with.  If you can’t download Filza app while having the accurate iOS device with an appropriate version- be sure that it has been blocked by Apple.

Step #1. Open safari and go to the website (Tweakboxapp). Once you are on the website, tap “Apps and then Tweakbox apps”. Then scroll down until you see Filza app or search for Filza app with the search engine. Once you have the filza app on your screen tap on it and then tap on the installation button. Install it on your iOS device. 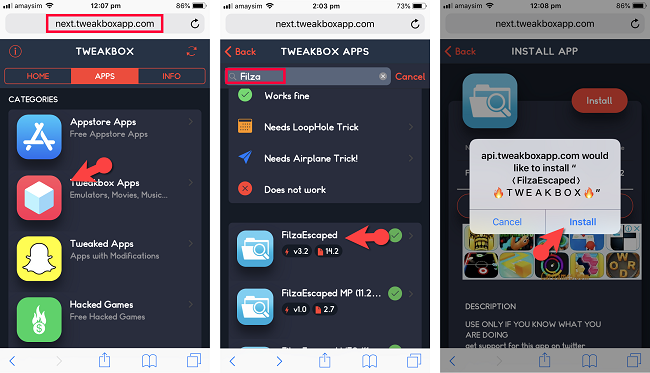 Step #2. Once you have Filza app, then you need to verify it. Open the Filza app and then it will give you a notification. Note the name of the developer so that you could be able to find the profile quicker. Now “go to Settings < General < Device Management” Find the profile for Filza app. Open the profile and then hit trust and trust. 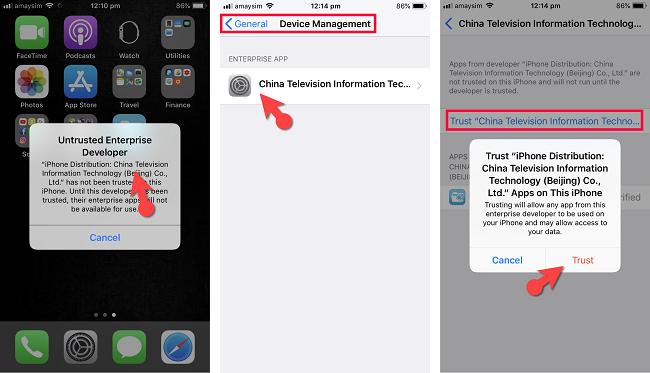 Once Filza app has been trusted, you can open the app and enjoy using it for free without a computer or jailbreak.

There You Have – Filza Escaped

This article was all about “how to install Filza Escaped on iOS devices without a computer or a jailbroken device”. Hope you guys have gotten something from this article. I will try my best to find out as many goods articles as you want. In addition, if you have any problem, suggestion or request you can say, just by commenting in the comment section. Thanks for being with us and do not forget to subscribe and also, visit our website every day, because we post new articles every day.