10 Quotes That Will Make You Happy in your Life 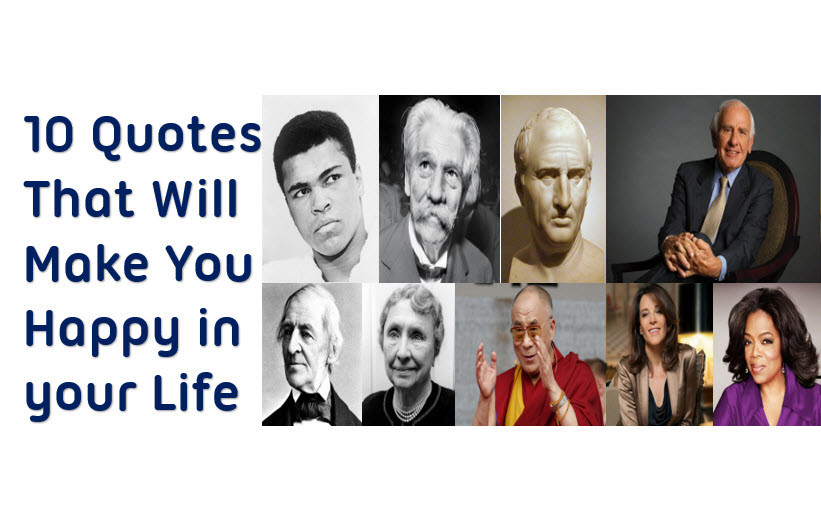 Here are top 10 Quotes that will help you to live happily. As we have introduced 10 best Quotes to achieve success in our previous topic. In this article, I’m going to show you top 10 best quotes for success in your life. Everyone face problem in his or her life. Most of the time we face thousands of problems in our life that we need someone to help us on that condition. Mostly the teenagers are involved in this situation. They need motivation. They need courage that somebody motivate them. So here are some 10 best Quotes for success from the scholars and professors that help you to achieve success.

10 Quotes That Will Make You Happy in your Life

He born on July 6, 1035. Mr. Dalai Lama is the 14th (Religious name: Tenzin Gyatso, shortened from Jetsun Jamphel Ngawang Lobsang Yeshe Tenzin Gyatso) is the 14th and current Dalai Lama. Dalai Lamas are the most influential figures in the Gelugpa lineage of Tibetan Buddhism, Although the 14th has consolidated control over the other lineages in recent years. He won the Nobel Peace prize in 1989 and is also well known for his lifelong advocacy for Tibetans inside and outside Tibet. Tibetans traditionally believe him to be the reincarnation of this predecessor and a manifestation of the Bodhisattva of compassion. Read more on Wikipedia.

“It is necessary to help others, not only in our prayers but in our daily lives. If we find we cannot help others, the least we can do is to desist from harming them”

He was born 604 BC Zhou Dynasty and died on Zhou Dynasty. Lao Tzu (Laozi) was a mystic philosopher of ancient China, best known as the author of the Tao Te Ching. His association with the Tao Te Ching has led him to be traditionally considered the founder of Taoism. He is also revered as a deity in most religious forms of the Taoist religion, which often refers to Laozi as Taishang Laojun, or “One of the Three Pure Once”. Laozi translated literally from Chinese means” old master” or “old one”, and is generally considered honorific. According to Chinese tradition, Laozi lived in the 6th century BCE.

Historians variously contend that Laozi is a synthesis of multiple historical figures, that he is a mythical figure, or that he actually lived in the 4th century BCE., concurrent with the Hundred Schools of thought and Warring States Period. A central figure in Chinese culture, both nobility, and common people claim Laozi in their lineage. Throughout history, Laozi’s work has been embraced by various anti-authoritarian movement.

He born on January 17, 1942. Muhammad Ali is an American former boxer and three-time World Heavyweight Champion. As an amateur, he won a gold medal in the light heavyweight division at the 1960 summer Olympics in Rome. After turning professional, he went on to become the first and only boxer to win the lineal heavyweight championship three times. Originally known as Cassius Clay, Ali changed his name after joining the Nation of Islam in 1964, subsequently converting to Sunni Islam in 1975.

In 1967, Ali refused to be conscripted into the US military, based on his religious beliefs and opposition to the Vietnam War. He was arrested and found guilty on draft evasion charges, stripped of his boxing title, and his boxing license was suspended. He was not imprisoned but did not fight again for nearly four years while his appeal worked its way up to the US Supreme Court, where it was successful. 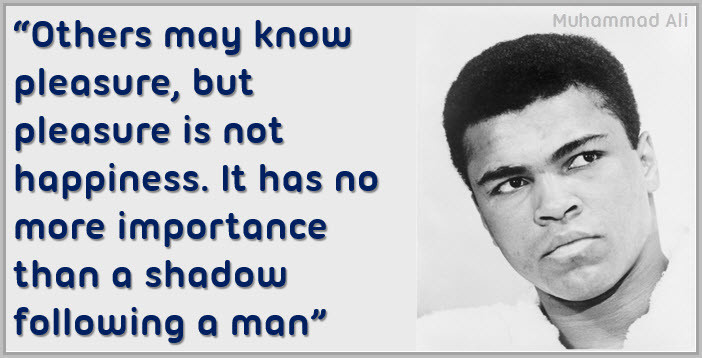 “Others may know pleasure, but pleasure is not happiness. It has no more importance than a shadow following a man”

He was born on January 3, 106 BC and died December 7, 43 BC. Marcus Tullius Cicero, was a Roman philosopher, statesman, lawyer, political theorist, and Roman constitutionalist. He came from a wealthy municipal family of the equestrian order and is widely considered one of the Rome’s greatest orators and prose stylists. 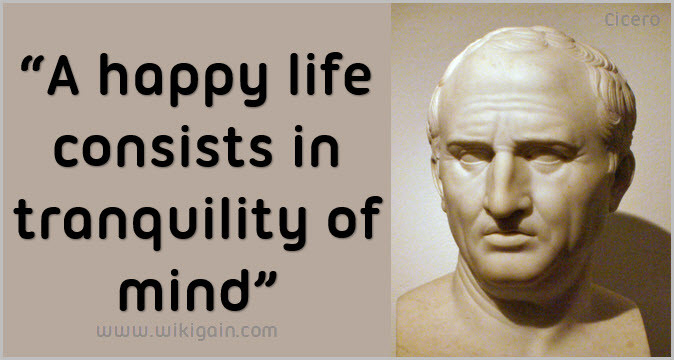 “A happy life consists in tranquility of mind”

Helen Adams Keller was an American author, political activist, and lecturer. She was the first deafblind person to earn a Bachelor of Arts degree. The story of how Keller’s teacher, Anne Sullivan, broke through the isolation imposed by a near complete lack of language, allowing the girls to blossom as she learned to communicate, has become widely known through the dramatic depictions of the play and film the Miracle Worker. A prolific author, Keller was well-travelled and was outspoken in her opposition to war. A member of the Socialist party of America and the Wobblies, she campaigned for women’s suffrage, workers’ rights, and socialism, as well as many other leftist causes. She was born on June 27, 1880, and died on June 1, 1968.

“No one has a right to consume happiness without producing”

Jim Rohn was an American entrepreneur, author, and motivational speaker. His rags to riches story played a large part in his work, which influenced others in the personal development industry. He was born on September 17, 1930, and died on December 5, 2009.

Ralph Waldo Emerson was an American essayist, lecturer, and poet, who led the Transcendentalist movement of the mid-19th century. He was seen as a champion of individualism and a prescient critic of the countervailing pressures of society, and he disseminated his thoughts through dozens of published essays and more than 1500 public lectures across the United States. Emerson gradually moved away from the religious and social beliefs of his contemporaries, formulating and expressing the philosophy of Transcendentalism in his 1836 essay, Nature. Read more on Wikipedia. 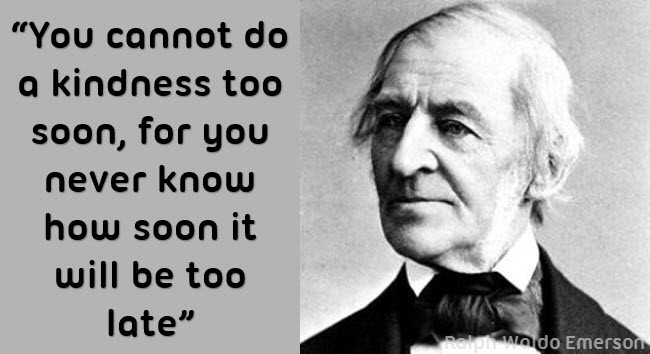 “You cannot do a kindness too soon, for you never know how soon it will be too late”

Oprah Winfrey is an American television host, actress, producer, and philanthropist, best known for her self-titled, multi-award winning talk show, which has become the highest-rated program of its kind in history and was nationally syndicated from 1986 to 2011. She has been ranked the richest African American of the 20th century, the greatest black philanthropist in American history, and was for a time the world’s only black billionaire. She is also, according to some assessments, the most influential woman in the world. Winfrey was born into poverty in rural Mississippi to a teenage single mother and later raised in an inner-city Milwaukee neighborhood.

“The more you praise and celebrate your life, the more there is in life to celebrate”

Marianne Williamson is a spiritual activist, author, lecturer and founder of the Peace Alliance, a grass roots campaign supporting legislation currently before Congress to establish a United States Department of Peace. She is also the founder of Project Angel Food, a meals-on-wheels program that serves homebound people with AIDS in the Los Angeles area. She has published ten books, including four New York Times #1 bestsellers.

Her book, the Age of Miracles: Embracing the New Midlife, was published in January 2008 and spent five weeks on the New York Times Best Seller list. Her latest book published in November 2010, is called A Course in Weight Loss: 21 Spiritual Lessons for Surrendering Your Weight Forever. She has been a popular guest on television programs such as Oprah, Larry King Live, Good Morning America, Charlie Roze and Politically incorrect. 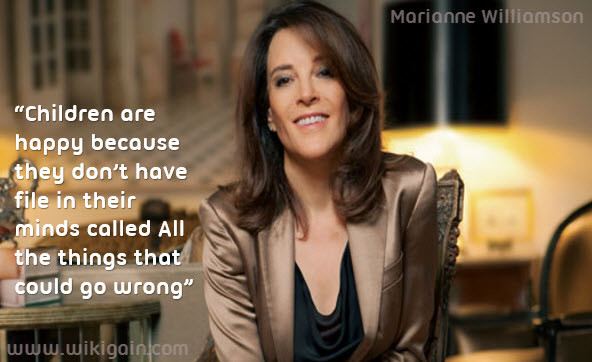 Albert Schweitzer was a German and then French theologian, organist, philosopher, physician, and medical missionary. He was born in Kaysersberg in the province of Alsace-Lorraine, at that time part of the German Empire. Schweitzer, a Lutheran, challenged both the secular view of Jesus as depicted by historical-critical methodology current at his time in certain academic circles, as well as the traditional Christian view. He depicted Jesus as one who believed the end of the world was coming in his own lifetime and believed himself to be a world savior. He received the 1952 Nobel Peace prize for his philosophy of “Reverence for Life”, expressed in many ways, but most famously in founding and sustaining the Albert Schweitzer Hospital in Lambarene, now in Gabon, west central Africa (then French Equatorial Africa). 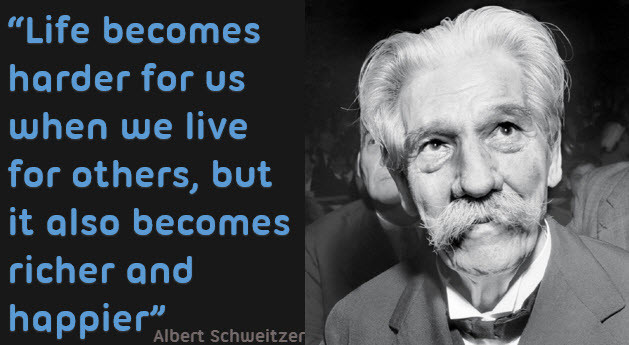 “Life becomes harder for us when we live for others, but it also becomes richer and happier”

These were top 10 Quotes from the scholars and I hope that you should find this article helpful. If you have some other quotation regarding this topic, share with us just below this post. Thanks for being with us.

How to Open and Edit PDF Document in Word 2016? Previous post
How to Transfer Movies, Videos and TV Shows From iTunes to iOS Devices? Next post