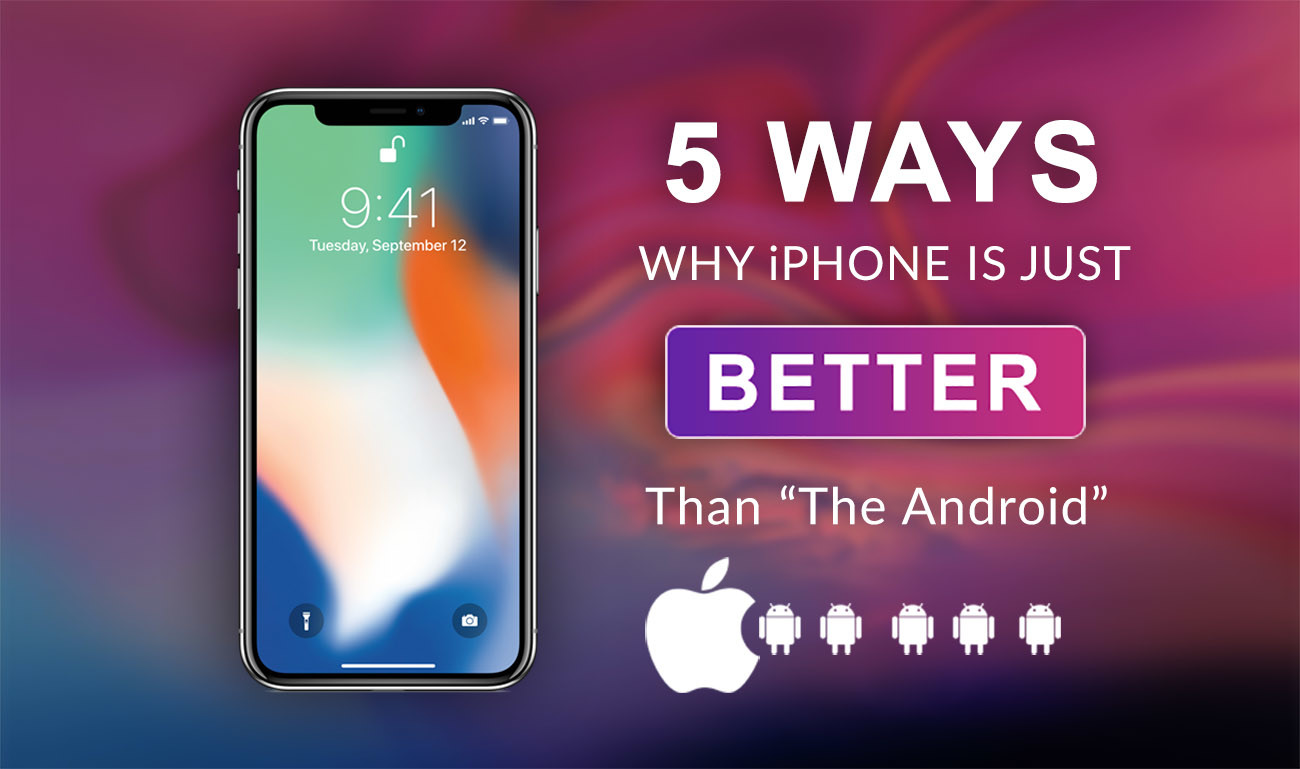 Here is a chart showing the percentage of phones being used around the globe, right now in 2019.

According to me, batteries must be one of the most important things any phone should have. Phone developers should take some good amount of time making the battery better because if a phone has longer and better battery, it would definitely worth more than other phones. I know that some of the new Android phones have higher capacity and can outfit more power than normal phones. The debate here is not about how much power can you fit in, it is about how much longer can it last. And by that, the iPhone can definitely last longer than Android Phones.

When I say iPhones can last long, believe me, I have tested it. I had an iPhone 8 and a Samsung galaxy s9, at first Samsung’s battery used to last longer than iPhone but after 3 months of using it. The Android phone just loses battery like fuel, I mean literally. I had to plug it with the charger whenever I had to use. But iPhone 7 wasn’t like in fact I am still using the iPhone 8 and it works perfect with long battery life.

We have to admit that the iPhone is just more secure than Android. Android is like Windows, you can install anything from the internet. There are APK files, Unsecured files and many more but in iPhones, you can’t just install anything. wheater You have to be jailbroken or you have to trust the profile in order to install it in your iPhone. If you forgot your Android’s passcode, you could simply reset the whole android devices without any computer. But if you forget iPhone’s passcode then you have to connect it to the iTunes and then reset it. But wait there is still another layer of protection “iCould” that is way harder to crack if you forget the passcode. Simply Android is full of bug, viruses and security problems that need to be fixed.

For most of you who don’t know what is jailbreak! Jailbreak is installing Cydia that allows you to do impossible things in the iPhone. Like, Remove software restrictions imposed by Apple on iOS, tvOS, and watchOS. Jailbreak is one of the best things that no Android devices have and that is what makes jailbreak unique. There is no official reason why you have to jailbreak your iPhone. There is no explanation, some want to jailbreak to get a new theme and some just want to get free in-app purchase in a game or application. In Android devices we have root but the root is nowhere advanced as the jailbreak because root only allows you to access to some apps.

Siri is an artificial intelligence that helps you use your iPhone easier and faster. If it is your first time using an iPhone, I will suggest you turn on Siri. It is so easy to turn on Siri and it works with voice command. It would simply read your voice and then respond back the way you want it. As the year past Siri gets more high tech and intelligence. You don’t even have to install it – as it is a part of the iPhone itself.

The last thing that I want to talk about is settings, every device’s settings are important because it is the main root of all the software. If the setting is al messed up then the phone is messed up. iPhone’s setting is way more complicated than the Android devices but it is good because once you know the settings there are so many cool features that you can do to customize your iPhone the way to want. It has options like “Assistive Touch” which is so great and it is like a short cut to complicated things. Dark mode and color inverse are so awesome. Simply I just want to say that iPhone’s setting is way better and efficient than the Android devices because there is way more feature in it.

Important note: I think it is all about perspective and the way you think about a phone. For some people, Android is better just because they are comfortable with using an Android device. But for some people, the iPhone is better just because they feel comfortable using iPhones. According to me, it is all about research, opinions and facts, the more feature and futuristic look or things a phone has, “I buy that phone”.

Now you know the 5 ways iPhone is just better than Android. Hope you guys have gotten something from this article. I will try my best to find out as many goods articles as you want. In addition, if you have any problem, suggestion or request you can say, just by commenting in the comment section. Thanks for being with us and do not forget to subscribe and also, visit our website every day, because we post new articles every day.